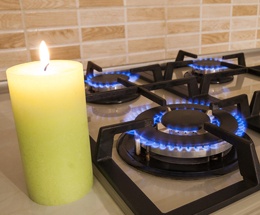 Our homes today are filled with electronics and appliances that make our lives easier and provide us with entertainment. DVD players, big screen TVs, video game systems, and cable/satellite TV boxes overload our electrical outlets and fill up our entertainment centers.

If you bought a new appliance lately, you’ll see that technology has changed them, as well. Our new washer and dryer consists of a few buttons and touch screens. While the touch screens look cool, there’s more circuitry in them, which could lead to a fire.

According to the National Fire Protection Agency(NFPA), 501,500 structure fires were reported in the U.S. in 2015. These fires resulted in 2,685 deaths, 13,000 injuries, and $10.3 billion in property damage; $7 billion in property losses were caused by home fires. Based on these statistics, a fire was reported every 63 seconds.

Since I’m an insurance person, it drives me nuts when my wife insists on running our dishwasher or wash machine and dryer when we’re not home. Here’s a list of common appliances and how they can be start fires in your home.

Other common causes of house fires

If you have a fire in your home, the most important thing you can do is get out immediately. A home can be completely engulfed in flames within a couple of minutes. The safety of you and your family is more important than your possessions.